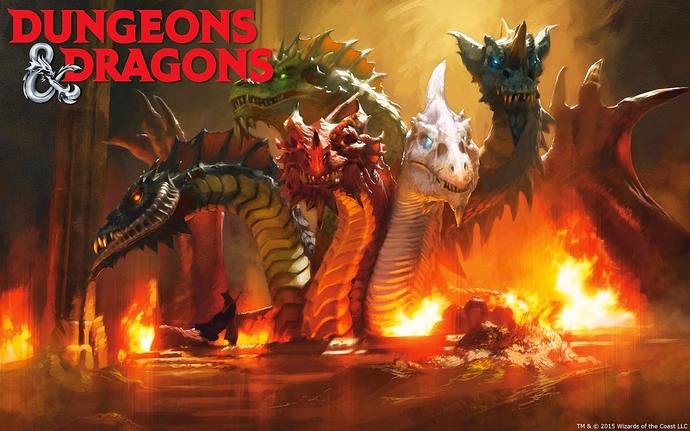 Where: Watson’s Indiranagar (Google Maps)
When: Sunday, 26th January, 11am to 7pm (was initially planned for 19th Jan but got postponed)
Price: Rs. 199-349
Tickets: https://insider.in/dnd-with-reroll-board-games-jan-2020/event

Given the great response we got for last month’s D&D event, we’re going to start a regular monthly one!

As always, this is open to beginners as well as those who’ve played Dungeons & Dragons before.

Buy a ticket at the event ticketing link, then come back here and request to the join this group. Once your group membership request is accepted, you will have successfully registered for the event.

Please make sure you’ve joined the Lands of Loorou Players group before choosing a game, else you won’t be able to reply to the posts on the Adventure Board.

Unlike the previous event, this is going to part of an upcoming metagame we have planned for Bangalore’s D&D community.

The campaign setting is called the Lands of Loorou. You can read more about it here.

The Lands of Loorou for Players

Players taking part in a game at the event would be playing in the shared universe of a country called Loorou which is experiencing an influx of adventurers. Your character is your own and will join a one-shot created by a GM based in this world. Your actions will (hopefully) change the world.
Ideally, we would like players to eventually join us as DMs and populate the world with stories of heroics and hijinks

If you want to take part as a player, please purchase a ticket and let us know you will be taking part in a D&d 5e one shot

The Lands of Loorou for Game Runners

For anyone running a one-shot at the event, their game will create part of the tapestry that is the lands of Loorou. DMs will let the bookkeeper, lorekeeper and the mapmaker about their games, and play a ‘turn’ in a risk-style game where game runner created factions will affect the world at large for the next time we have an event. Help us build a world.

If you want to take part as a DM, please fill out this form and let us know you will be running a D&d 5e one shot at the event

This campaign will continue to evolve over time, with DMs running games nearly every week by themselves for players at their convenience.

It’s ambitious, but we’ve got a great set of people helping put this together - @Shazworth and @nerfherder.

Other than D&D, we will try to accommodate players who want to play a different system from this list:

Unfortunately, Spire has been taken off the roster owing to a personal emergency. Apologies!
Please choose any of the other options.

Blades in the Dark: Make plans, do crime.

Blades in the Dark is a tabletop role-playing game about a crew of daring scoundrels seeking their fortunes on the haunted streets of an industrial-fantasy city.
You and your fledgling crew must thrive amidst the threats of rival gangs, powerful noble families, vengeful ghosts, the Bluecoats of the city watch. Will you rise to power in the criminal underworld? What are you willing to do to get to the top?

The city is a living thing: its people are the lifeblood, the government is its heart, the Watch is its immune system. Like any living thing, the city has fallen ill with the blight of corruption and crime.

This is where you come in.

You are not from the city, but you have come here seeking fortune, fame, skill or sanctuary. The secretive ‘agency’ has reached out to each of you. In return for a mission, they offer a chance to earn your place in the city. Will you cure the city or become part of its malaise?

Me and a bunch of my friends are interested in joining. We’ve just started playing together recently - only 2 proper sessions completed so far so not a lot of experience.
@kadambpa @Ephraim

I’ll be there. We know how to make chatecters etc so we can come prepared if you let us know level and any home brew rules you follow.

@Shazworth and @nerfherder, not sure if you’ve already seen this but Xanathar’s guide has a great guide to running a shared campaign. If you have it on DnDBeyond, you can find it here: https://www.dndbeyond.com/sources/xgte/shared-campaigns

You can bring characters if you’d like. We are also working on a character pregen maker for newbies. So people can generate a character to play at the event when they sign up as a player. @Korg @kadambpa

Hey, I would like to join. Please let me know what needs to be done

More information about the shared setting for these adventures can be found in this post.

Welcome Abhishek. Please see the “How to register” section in the post at the top.

If you can tell me the level we should create (else I’ll assume default 1) and if you have any specific rules regarding freats, using standard number array rather than rolls and starting items. @Korg @Ephraim and I would like to play together IF possible.

I’ll dm you three the deets

Hi there!
I’ve signed up to come as a player. Can I bring my own player and what level do I have to create it at? Also what else do we need to bring? Dice? Notepad and pencils?

Hello! Since there have been a bunch of questions regarding characters, we’ll update the main post with that information. Other than that, bring whatever you like. There will be dice available at the tables but feel free to bring your lucky set if you want. Something to write with/on is optional but we find it’s useful.

Is anyone going to run a full day session?